Built in 2007, Excalibur Farms is an equestrian facility worthy of the dream that inspired it.

For André De Bellefeuille, the dream was to develop a Quarter Horse breeding program, specialized in one particular western sport:  Reining

In the past 10 years, the sport of Reining has surpassed all other equestrian disciplines in growth. Little known here in Quebec, the National Reining Horse Association (NRHA) created by our southern neighbors, has more than 19,000 members.

André has evolved in this milieu for over two decades. André served as President and vice-president of the Association Québécoise de Reining (AQR) for more then a decade. In 2011 André was inducted to the AQR Hall of Fame. On a national level, André has fulfilled several positions; active on several NRHA committees, vice-president of Reining Canada, and also involved with the Cheval Quebec regarding the breeding programs.

In 2012, André was awarded the title of “ Reiner of the Year” by Reining Canada for his participation as a competitior, breeder, as well as his volunteer work on behalf of the sport. André also was awarded the distinction of “Breeder of the Year “  by Equine Canada. In 2013 and 2014, he was named the Cheval Origine Québec breeder of the year, this recognition given by the Fédération Équestre du Québec.

For André, the goal of Excalibur Farms was to breed and raise exceptional reining horses. With this in mind, André thought it imperative to develop an ideal living environment for the horses, providing the best nutrition and the best veterinary care. The combination of André’s sense of observation and his extensive knowledge has allowed Excalibur to choose the best bloodlines for each individual broodmare.

Training is an essential step in the process of providing high quality reining horses to the market. In 2011, the farm sold to 23 Partnership (via Bernard Fonck) Wimpys Snow Step, stud of the infamous Snow Gun. In 2012, Yankee Gun (also from Snow Gun) was sold to Arcese Quarter Horses. Yankee Gun, under the guidance of Shawn Flarida, went on the win the Level 4 Open Futurity at the All American Quarter Horse Congress in Columbus, Ohio and has now more than 150 000 dollars in earnings. Another well-known offspring of Snow Gun, Electric Snow, was part of the most prestigious North American National shows. He was third at the All American Quarter Horse Congress and split fifth at the NRHA Futurity.

Since the fall of 2012, Excalibur Farms is certified “ Equi-Qualité” a designation of the Fédération Équestre du Quebec.

These accomplishments are the results of years of dedication, experience in the field, as well as an extensive network of contacts in Canada, the United States, as well as Europe. These qualities allow Excalibur farms to position itself as one of the finest breeding programs, a claim supported by the quality of horses who call Excalibur their home.

We are located less than 30 minutes from downtown Montreal.

You should come and visit us 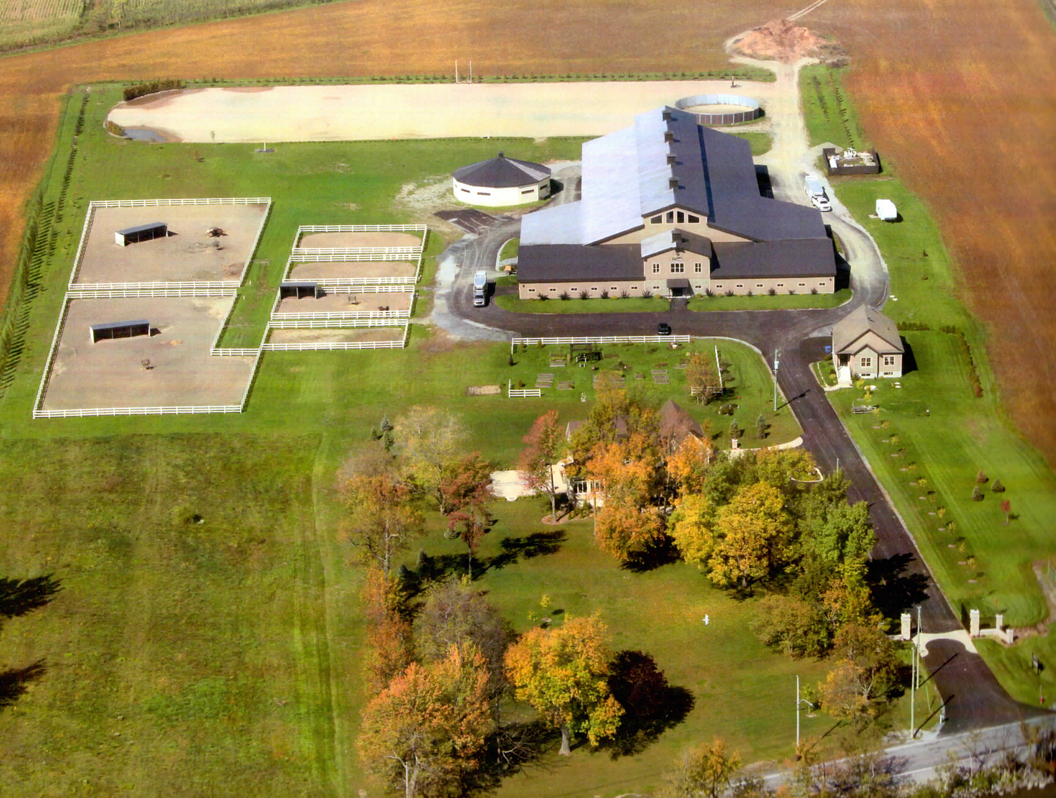 A 27 stalls barn including :